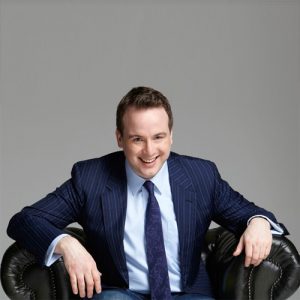 Matt is the UK’s leading political comedian and host of Unspun presents a preview of his new show completely changed by events which haven’t yet happened. Ultra-topical comedy as seen on The Royal Variety Performance, Mock the Week, The One Show and Question Time. Now with added Trump. ‘Possibly the best political comedy show on the Fringe’ ***** (Telegraph). ‘A first-class comic’ (Guardian). ‘Singlehandedly fulfilling comedy’s brief of taking our political masters to task. Combining spot-on impressions with up-to-the-minute observations’ **** (Mail on Sunday).“Thanks goodness for Matt Forde…combining spot-on impressions with up-to-the-minutes observations.” – Mail on Sunday 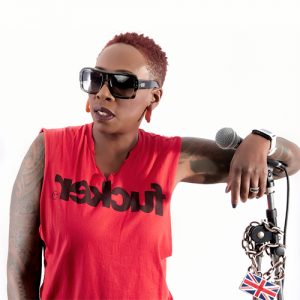 International stand up sensation Gina Yashere is back in Leeds for one night only!

After a couple of years travelling all over the globe, Gina returns to home with some hysterical tales to tell. The newly minted British correspondent for ‘The Daily Show with Trevor Noah’ has also appeared on ‘The Tonight Show with Conan O’Brien’, ‘The Jay Leno Show’, ‘Mock the Week’ and recently hosted BBC’s ‘Live at the Apollo’.

“One of the funniest comics in the world” – The Guardian

“Quite simply… Brilliant!” – The Australian Stage 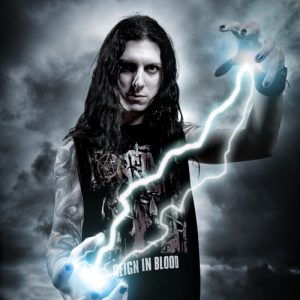 Magick works. In really annoying ways. In February 2015 Andrew O’Neill Is Trapped Down A Well was nominated for Best show at the Leicester Comedy Festival, and the subsequent tour won acclaim in several countries (3). O’Neill was looking forward to polishing it up ready for the Edinburgh Fringe.  After an intense invocation of Thoth/Hermes/Mercury, the trickster god responsible for the spoken word, a WhatsApp message arrived from a friend currently working at the Melbourne International Comedy Festival informing Andrew of the show Nic Sampson Has Fallen Down A Well.

Taking this coincidence as an enormous magickal kick up the arse, (and a sign that the show idea wasn’t as original as he’d hoped), O’Neill presents a much more interesting show about magick, coincidence, and originality, with all the best jokes of that other show crudely crowbared in! Hooray! 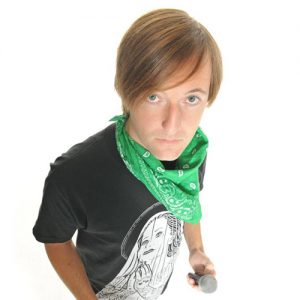 Renowned for his cutting edge comedy and intrepid social commentary, Andrew is also the recognisable voice of MTV’s hit show Ex On The Beach, which is now in it’s sixth series.
As seen on Live At The Apollo (BBC One), Have I Got News For You (BBC One), Celebrity Juice (ITV2) and Mock The Week (BBC Two). He is also the voice of Get Your Tats Out: Kavos Inc (Channel 5).
Throughout his career, Andrew has had many sell-out shows at the Edinburgh Festival Fringe and has also performed at The Amnesty / Channel Four’s Secret Policeman’s Ball (alongside Eddie Izzard, Chevy Chase and Dylan Moran), Glastonbury, Kilkenny’s Cat Laughs, The HBO US Comedy & Arts Festival in Las Vegas (alongside Jerry Seinfeld and Chris Rock), and several appearances at the Montreal Just for Laughs Festival.
Andrew regularly performs at corporate and private events, and is available for after dinner sets and as a host. Companies that he has worked for include BSKYB, Tourism Ireland and Publicis. He has also done branded TV and radio campaigns for Aer Lingus and Guinness. He is also a founder member of ALTITUDE, a comedy festival staged in the Alps. 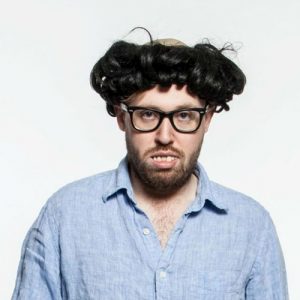 The absurdist stand up comic and first ever winner of the Edinburgh Foster’s Best Newcomer and Best Show Awards previews his latest work in progress.

‘A true comedy original’ Time Out

‘Kearns could be your new King of Comedy’ Evening Standard

‘Heading for the comedy stratosphere… you’re in the hands of a master’ The Guardian, 2016 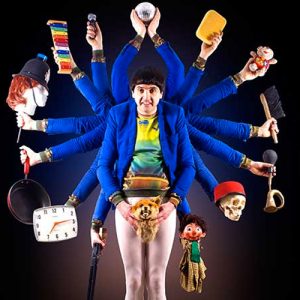 This work in progress show is the very start of an idea I have about doing a kind of play. But with routines with in it.  So there will be props and music. Don’t worry. I’m 88% sure I haven’t disappeared up my own arse.  There will be a story.  All set in a bedsit. A story about a man (me) playing a man (Herbert) who is worried about an audition (Job interviews for dickheads). So that’s the big idea. I’ve no idea how it will pan out. So make sure there’s nothing else on at the same time you fancy seeing. Lots of love Spencer xxx  As seen on Live At The Apollo (BBC Two), Sky’s Spencer Jones’ Christmas, BBC Three’s Uncle, and BBC One’s Upstart Crow  “There are officially 1,170 comedy shows in this year’s Fringe, and countless more not in the programme. But there is only one like Spencer Jones’s.” ✭✭✭✭1/2 (4.5 stars) Chortle “No other Fringe show will put a bigger smile on your face” ✭✭✭✭ Evening Standard  “Eggy Bagel is an hour of joyful, inoffensive silliness which could tickle the coldest of hearts.” ✭✭✭✭ The Skinny “Only those with the stoniest of hearts could fail to fall for The Herbert.” ✭✭✭✭ The List 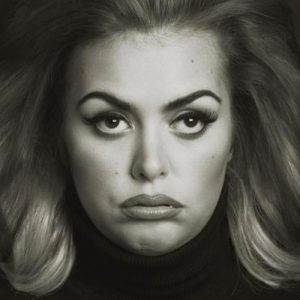 Jayde Adams is “the future of British comedy” (Diva Magazine) “Britain’s funniest woman comic” (The Daily Mail) and “A fearless force of nature” (The Independent). Jayde won the prestigious Funny Women award in 2014, a London Cabaret Award in 2013, was nominated in 2013 as The Hospital Club’s Top100 People in The Arts and in 2016 was nominated for the lastminute.com Edinburgh Fringe Best Newcomer Award for her sell out, multiple 5 star achieving, debut show, which also went on to sellout at the Soho Theatre.

After appearances in 8 out Of 10 Cats Does Countdown, BBC2’s Gert Lush Christmas with Russell Howard, Sky1’s Sick Note with Nick Frost and Rupert Grint, and Channel 5’s Borderline, it’s safe to say that when Dawn French says “Jayde Adams is the 3rd funniest woman in the world. Fact,” she might just be onto something. 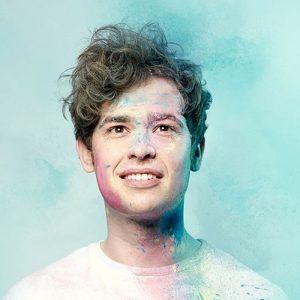 Edinburgh Best Newcomer Nominee (Me) and English Comedian Of The Year (Also Me) returns with a “powerfully entertaining” show about the stars (in the sky), memories (in the mind) and my Nanna (in a home). 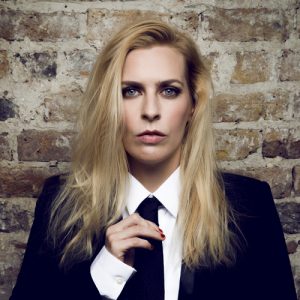 Sara Pascoe is enjoying a year-long, one woman stag-do. From spiritual retreats, city-breaks, life-drawing classes and football matches; she has been drunk and lonely everywhere. A brand new and BEST EVER show from a comic you’ve seen on Live at The Apollo, Mock the Week, QI (BBC) and Taskmaster (DAVE).

Tickets are also available from LUNA TICKETS and TICKETWEB subject to their own booking fees. 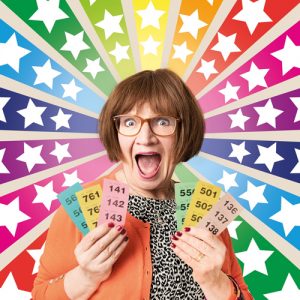 Join the Edinburgh Fringe’s favourite housewife, Barbara Nice for a playful life-affirming show for all the family including the chance to win a prize off Barbara’s table. It’s an evening of proper good fun! Entrance price includes a complimentary raffle ticket!

The star of her own BBC Radio 2 sitcom and with her enviable track record of garnering five star reviews and sell-out shows, Barbara will put a smile on your face and a spring in your step with this new show about chance and luck.

Mrs. Barbara Nice is a much loved mother of Five from Stockport who believes in bargains and getting the most out of life –Ergonomically correct she doesn’t drive and travels the country by National Express coach –her husband knows nothing of her burgeoning comedy career –he thinks she’s either at Bingo or dog sitting.

Best described as a force of nature –she energetically cajoles the audience to take part in her hare-brained stunts and injecting an unbeatable air of fun and excitement into the room.

She has been compared to Mrs. Brown, Mrs. Merton, Janis Joplin … and that woman from the Shake `n` Vac adverts!

“As hilarious as it is possible to get” The Scotsman

Tickets are also available from LUNA TICKETS and TICKETWEB subject to their own booking fees.